Apartments for Rent in Labone

Lovely fully furnished one bedroom apartment available to let in Labone. This rare one bedroom is newly built ... Read more

Beautiful and modern luxury apartment located in the heart of the very nice and trendy area of Labone. discree... Read more

Beautiful and modern luxury apartment located in the heart of the very nice and trendy area of Labone. discree... Read more

This brand new block in Labone has a beautifully furnished one bed apartment to let. The property is finished... Read more

1 bedroom apartment for rent in Labone. This apartment is furnished and has a fitted kitchen with microwave, f... Read more

This is a one Bedroom Apartment located in the heart of Labone. An affluent neighborhood in Ghana. This apartm... Read more

Option Realtors present to you this fantastic 1 bedroom apartment for rent in Labone. This property features ... Read more

Located in the heart of Cantonments is this beautiful 2 bedroom Apartment. It features a spacious living and d... Read more

Option Realtors present you this lovely 2 bedroom apartment located in Cantonments. This apartment has one ma... Read more

Located in the serene area of Labone is this stunning 2bedroom apartment. This furnished apartment comes with ... Read more

This beautiful 2bedroom apartment is located in Labone .This furnished apartment comes with a spacious living ... Read more

3 bedroom apartment for rent at Labone

This beautifully furnished One Bedroom apartment is located at Avant Garde, Labone, close to the Labone Coffee... Read more

This beautifully furnished One Bedroom apartment is located at Avant Garde, Labone, close to the Labone Coffee... Read more

4 bedroom house for rent at Cantonments

Price is GHC. 6 402( $ 1100) including service Charge Kindly note that this apartment is not available fo... Read more

Option Realtors present to you this fantastic 3bedroom townhouse for rent located in Cantonments This property... Read more

Labone is undoubtedly one of the oldest, plush neighborhoods in Accra. This area is arguably an extension of the much-frequented Osu but is separated by a main road known as the Ring Road, which divides Labone and Osu.

As one of Accra’s prime areas however, Labone is a combination of a residential and commercial area; unlike Osu, Labone generally remains more of residential than a commercial or tourist area.

can be said to have three major entry or access points, which also serve as landmarks and points where people base directions into parts of the neighborhood.

The first entry point into the Labone Neighborhood is an exit from the Ring Road freeway, which starts from the La area and extends to Circle, one of Accra’s central areas. The exit that leads to Labone on this road is popularly know as the Labone Junction, which covers mainly residential areas on the immediate right. Other institutes such as the Osu Children’s’ Home can be found at this part of Labone and also the Labone Senior High School.

Further down on this road is an Ecobank Branch and the Labone Coffee Shop, which is one of the oldest and popular hangout and landmark. However there are other newer eateries which have sprung up over time such as the Bosphorus Turkish Restaurant and Chase Restaurant.

The second entrance into Labone is along the Cantonments Road, leading to the Danquah Circle, Osu. This other Labone Junction is located beside the Morning Star School, which is one of Accra’s oldest schools from nursery to junior high level. Further down the road, to the right from this junction are more residential property with a blend of old-fashioned Ghanaian styled homes and renovations into newer modern styled ones.

Another popular restaurant and mini patisserie, on this road, is Melting Moments which offers Ghanaian and other continental dishes and sweets. Again on this side of Labone are institutions such as the South African Embassy, a GT Bank branch and Ecobank electronic-banking branch. Further into this part of Labone are more houses and apartments and also more restaurants like Churcheese, Basilissa and the Le Must French Restaurant and Hinlone Chinese Restaurant.

The Cantonments roundabout, next to the New Hope Autism Center locates the third main access into Labone Neighborhood; this part leads straight to the United States Embassy with an exit to the right into Labone. This section also has more housing areas, institutions like Zenith Bank branch, the Metro T.V. network station and more eateries and hangouts such as Zanzibar, Tante Marie, and the newly opened Bistro 22 Restaurant.This section of Labone also leads to the popular Twist Nightclub and other residential property such as the A.U. Village.

If you’re looking to live in the more placid part of the Accra center with alternate routes and a variety of recreational facilities, complete with schools and other business institutions then you many want to consider the Labone Neighborhood.

Labone is a great choice of neighbourhood to live in. There is a great network of roads, great food joints, offices of major companies, and lots more. Selecting Labone in the search filter will give you access to all the wonderful apartments currently available for rent in the area. If you have a cap on your budget, that also, can be factored into your search: just set the price limit to your preferred amount and you'll only be shown apartments available for rent in Labone within your budget. Here at meQasa, we constantly strive to make your search experience easy and stress-free!

Refine your search with our search tools or try these furnished options or the 2-bedroom offering in this area.

To view number, first enter your contact info (Do this once only). If you are unable to reach the owner/broker, then they can reach you.

Apartments for Rent in Labone - meQasa 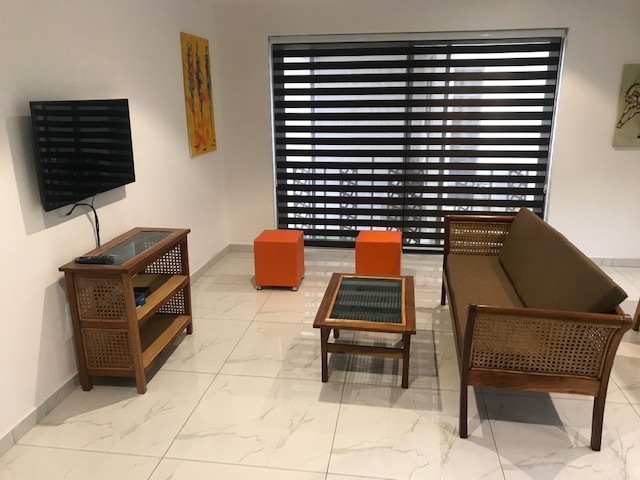